Twelve Famous Dance Routines That Will Blow Your Mind 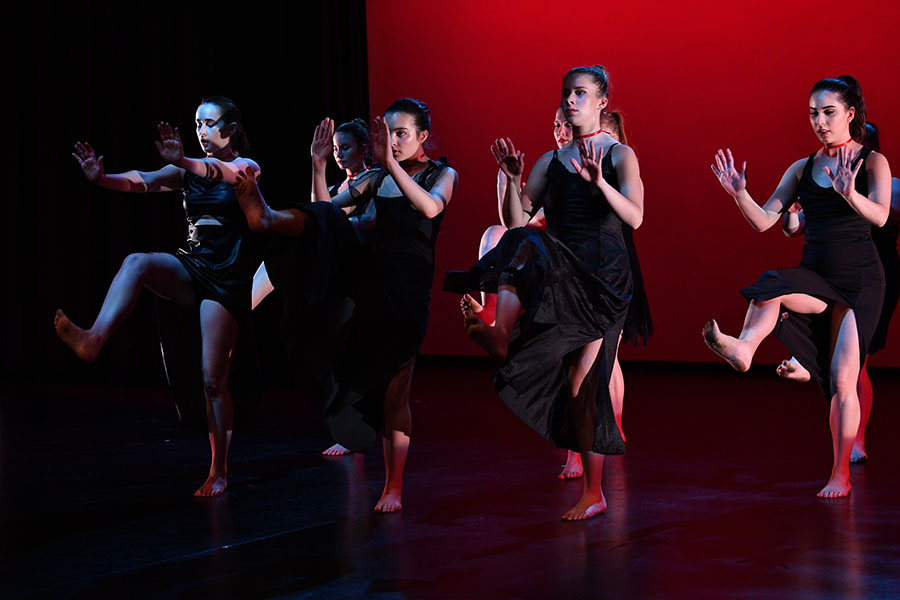 Dancing is an amazingly varied art form. From classical ballet to tap to hip hop, there is something for everyone.

To inspire some toe-tapping action of your own, take a look at some of the best and most well-known dance routines from the past up to the present. We guarantee they’ll get you moving!

“Singing in the Rain” Gene Kelly

Nothing beats the sheer joy and whimsy of Gene Kelly’s glorious performance in Singing in the Rain. Combining the lush tones of a Golden Era Hollywood song with the wit and humour of Kelly’s moves, no one has ever been so happy to be caught in a downpour. The next time a shower comes from nowhere, think of this song and dance and you will be transported.

“Puttin’ on the Ritz” Fred Astaire

What could be better than Fred Astaire in all his tap dancing glory? Taking five weeks for the artist to perfect, “Puttin on the Ritz” is a wonder of rhythm, movement and control. Using his cane as much as an instrument as a dance partner, Fred Astaire’s effortless grace is amazing to behold and remains inspiring more than 60 years later.

“The Chairman’s Waltz” Jaimie and Hok

Season 3 of So You Think You Can Dance showcased some truly excellent dancers, but one routine stood tall. Considered by many to be the best piece from the show’s long history Jaimie and Hok’s performance is mesmerizing. The contrast of Hok’s controlled, jerky movements with Jaimie’s beautiful flow makes it all the more astounding how in tune with each other they remain. Wade Robson’s challenging choreography pushes both dancers to their limits with spectacular results.

Contemporary Routine, So You Think You Can Dance

If you’re a dance fan, it is so easy to lose yourself for hours in SYTYCD videos. This one demonstrates the beauty of contemporary dance and the judges can’t get enough.

Rudolph Nureyev may have been the greatest male ballet dancer of the 20th century, a performer of staggering talent only matched by his temper, but for many, his most memorable dance was with a pig. In 1978 Nureyev guested on The Muppet Show, helping cement the programme as the show to appear on in the late 70s. Showcasing not just his dancing talents but also a hidden gift for comedy, this wonderfully silly piece is a sheer delight.

After Nureyev, there is no doubt Mikhail Baryshnikov stands tall as a great of 20th-century ballet. With a grace that completely belies the strength required, Baryshnikov sails through the air. His control, skill and technique are evident as he soars through this astounding solo.

You may have never heard of him but Michael ‘Boogaloo Shrimp’ Chambers was one of the pioneers of break dancing. His moves and style in the early 80s influenced generations of dancers and led to the hip hop and urban dancing that we are familiar with today. Chambers was, in fact, one of the first to introduce moonwalking to the scene. In this clip from the 1984 film “Breakin’,” Chambers shows off some of his best moves.

From her beginnings on “Dance Moms,” Maddie Ziegler has taken the world by storm. The talented young dancer first broke away from reality television to showcase her enormous talent in the film clip for Sia’s “Chandelier”. Showing immense skill and maturity for her age, Ziegler is captivating.

“Take Me To Church” Sergei Polunin

In 2013 Sergei Polunin brought 21st-century ballet into the spotlight with his astounding viral video. Combining the technical skills of classical ballet with a modern lyrical grace, Ukrainian dancer Polunin’s deeply personal piece is stunning to watch. Few modern dancers can capture the depth of emotions that he displays and the video was rightfully a huge success.

Though not technically perfect, young Billy Elliot’s furious dancing through the streets of his Yorkshire home town amazed and thrilled audiences in 2000. Jamie Bell showed us how dance could be an emotional release as he thrashed and kicked. Passion and emotion flow through the boy’s whole being at his frustration at not being allowed to dance.

Showing that enthusiasm can far outweigh talent when it comes to pure entertainment, Bret McKenzie’s hilarious take on Footloose is fun and loose. “Flight of the Conchords” was a show that revelled in silliness but it still takes nothing from McKenzie’s vigorous performance. Dance need not be a serious and difficult affair it can also be fun and amusing.

“Strictly Ballroom” introduced us to the glitzy world of competitive dancing in Baz Luhrmann’s vibrant break-out film. The thrill of seeing Scott and Fran (Paul Mercurio and Tara Morice) continue their dancing after the music has been stopped is a real now as it was in 1992.

Did you get goosebumps? These scenes remain timelessly magical and are an excellent inspiration to learn some moves yourself.

Ready to give dance a try?

Cate Preston
Cate Preston
With over 50 years experience in the dance industry, Cate shares her love of dance with all those around her. After a successful career as a professional dancer and with a wide range of dance teaching and studio management qualifications, Cate has continued to build on her passion, for dance and teaching as owner and principal of Peninsula Ballet School since 1995. 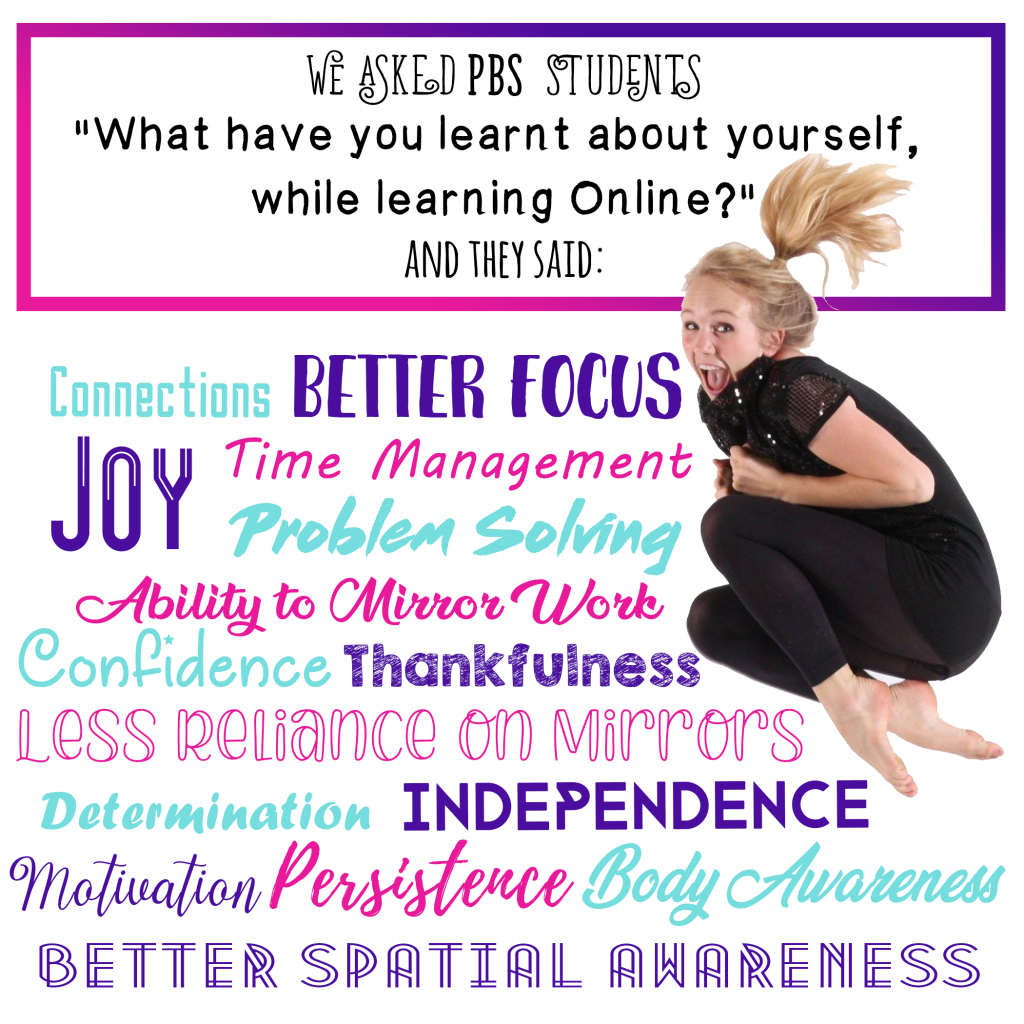 What I Learned While Dancing Online with PBS

We are so proud of all our students, who amazed us with…
Read More 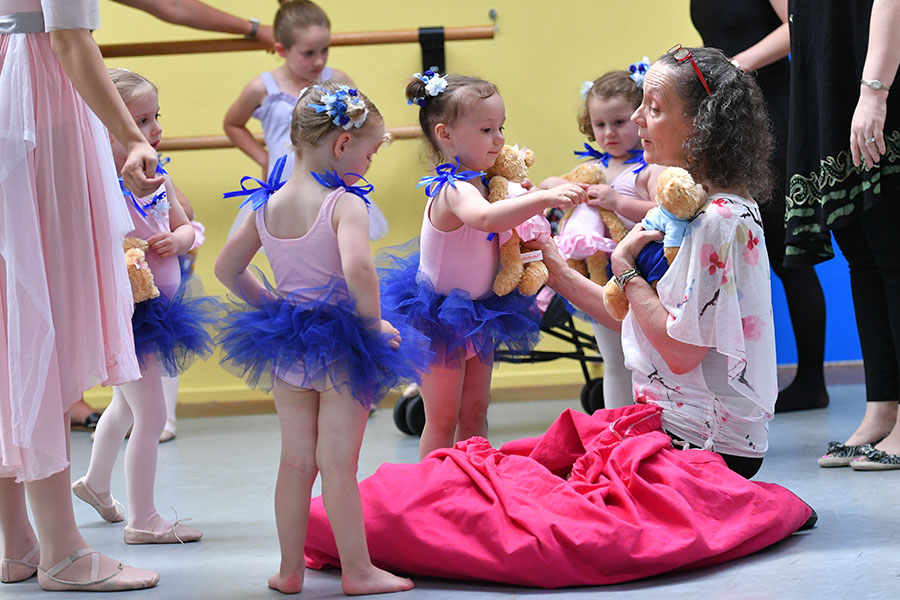 GET STARTED WITH A
TRIAL DANCE CLASS

Join the Peninsula Ballet School family and experience the magic of dance.

We offer a range of adult and kids classes to fit in with your schedule.